The space laser that Centauri Spaceworks used to etch its logo on the moon is drifting out of position!

The space laser only has rotation thrusters that adjusted the laser as it traced out the logo.  Unfortunately, all of the rotation motion ended up inducing a slight drift in the laser's position.  Without directional thrusters to correct, it was left drifting slowly away from its original position.

A mission was launched to attach an LK Core to the space laser and return it to its original position. 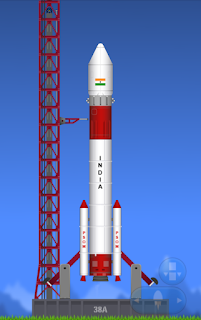 For this launch Centauri Spaceworks used the Indian PSLV rocket.  It was able to launch the LK Core playload in HOM orbit and then transfer it to an intercept course with the drifting laser platform. 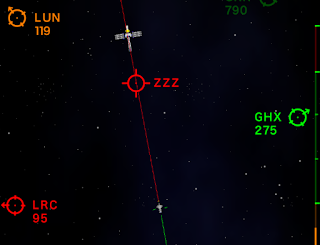 Once in range, the LK Core as attached to the laser plaform.  It was then used to move the laser the 99 units back to the LRC waypoint where it was originally positioned. 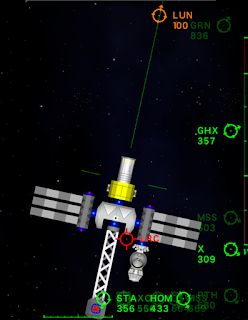