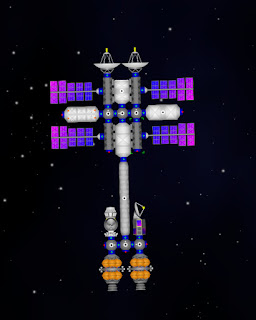 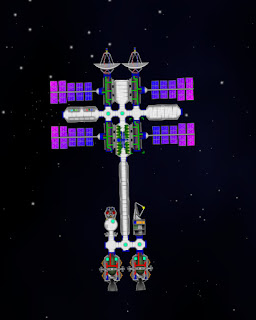 The Dragonfly is named for its resemblance to the winged insect.  The Dragonfly is specialized for communications.  It has three antennas to receive transmissions and a dedicated control room to decode them. 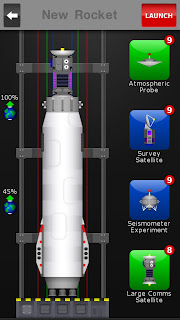 The 1.7 update of Space Agency adds two new parts.  A reusable first stage rocket, the LP1, and a large comms satellite.  It also adds two new missions which focus on the LP1.

While this update does add two new parts and a new game mechanic, there doesn't seem to be much opportunity to use them to expand on the existing game play.

Unfortunately, the only time you can take advantage of the savings from the LP1 is in the  very last mission.  The LP1 doesn't provide any benefit in the sandbox mode (other than the fun of landing the rocket), since you have an unlimited budget in the sandbox.  I would have liked to be able to replay the previous missions, such as ADS Phase 2, using the LP1.  Perhaps adding a platinum status for those able to lower the mission cost even further using the LP1.  Allowing the LP1 to be used on previous missions would have increased the play-ability of this update.


This is a new medium sized part.  It has non-retractable solar panels which generate 30 power.  The comms satellite consumes 6 power.   It doesn't have any cargo space.

Unlike the smaller comms satellite, it does have thrusters. However, the reverse thruster is missing.  It also has a docking port which allows it to be refueled and attached to other vehicles.

I would have liked to see this have retractable solar panels, and a slot for a battery.  That would have been an interesting mechanic to allow for it to run on battery for deep space missions, but then also to deploy the solar panels to recharge when near the sun. 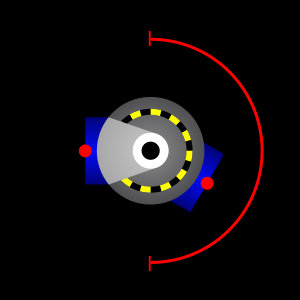 Alrick Fons, and his team of engineers at Centauri Spaceworks has designed a special hub.  Unlike normal hubs, it can rotate to change the angle between the two docking ports.  It has a full 180 degrees of rotation.   The two docking ports can form an angle as small as 90 degrees, or as large as 180.  Hopefully this part will be manufactured by Nooleus and added into the game.

Due to the rotation mechanism, this hub does not have any cargo storage.

The rotation is controlled on the power panel.  In addition to having an on and off switch, it has a left and a right button that will change the orientation of the docking ports by holding them down.

The hub with the smaller number of modules is the one that rotates. If there are two modules on one side, and four modules on the other side, the side with 3 modules is the one that rotates.  It needs at least one module attached to supply the power to rotate, since it doesn't have any internal storage space for a battery.  It can rotate a maximum of 6 modules before it becomes to heavy for the motor.

Changing the orientation takes power.  Normally the rotator hub uses 10 power.  However, when rotating the power consumption increases.  It uses 30 power if one docking port is open.  If both ports are docked, it uses an additional 50 power per module on the smaller side.  In the example with three modules on one side and four on another, it would use 200 power to rotate.  There are three modules on the smaller side, 3 × 50 = 150.  The module uses 30 power for itself so that brings the total to 30 + 150 = 180 power.  It maxes out at 330 power when the modules have too much mass for it to rotate without burning out the motor. 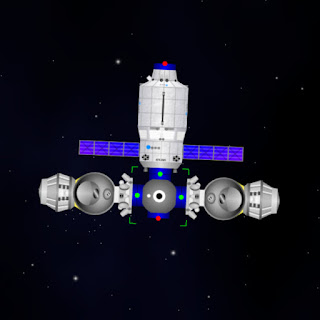 Centauri Spaceworks has recently begun to maintain two bases on different planets.  These bases remain very modest compared to the stations in orbit.  The limited size is due to the scourge of space gremlins that inhabit all planets with a solid surface.  These nefarious creatures cannot be seen.  The only evidence of their existence appears when trying to dock with a module while it is landed on the surface of a planet or when trying to land two modules that are docked together.  In either of these cases, the space gremlins immediately swarm the modules and cause them to explode on contact.

Until Nooleus exterminates the space gremlins, perhaps with some sort of bug spray, development of a self sustaining base is impossible.  In the mean time the outposts must be resupplied regularly from orbit.

Centauri Spaceworks uses a specially designed drop ship to deliver the cargo bays to the surface.  The drop ship has 3 engines: one for decelerating to below orbital speed, one for hovering above the surface while positioning the drop, and the third for returning to orbital speed once the cargo has been delivered.

Using the knowledge gained from the outpost on BLU, Centauri Spaceworks has established its second planetary outpost.

The PUR base uses a habitation module for living space and a cargo bay for storage instead space station modules.  These modules are shorter than a standard station module and reduce the risk of collisions when landing or taking off from the base.