There is an elite crew that goes on the most dangerous daily questions in Tiny Space Program.  This is the crew of the Quest Chaser.

Almost everyday they launch from the blue pearl in the sky that is Earth to he far reaches of the solar system.  Their mission is to complete the daily quest issued by their supreme commander, Jerry, through his computer controlled minions.  They fly in their Dragon spacecraft the moons of every planet in search of crashed meteors and broken down rovers.

Each at the end of each mission they arrive back on earth with valuable metals or parts for a new outpost.

Their standard mission load out is either 6 or 9 rover parts, depending on what how generous the government is feeling with funds.   A compressed live support packages is also brought along to insure that there is enough life support to assemble the rovers, conduct the daily quest, and gather rock samples.

Photo of the Quest Chaser crew on a mission. 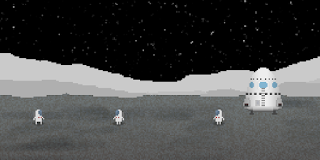 New Part for the New Year

To celebrate the new year, two new custom parts have been created: corridor bend left and corridor bend right.  These two parts let you offset parts with without the sharp corners for a more streamlined appearance. 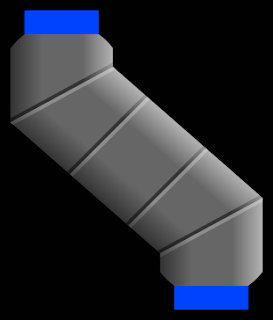 The part is just slightly larger than a large station module, but narrower than the Voyager X body.  This allows it to be launched with a standard fairing.

You can access these parts by using the Centauri Part Pack for Station Designer. 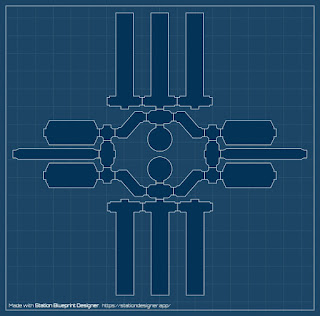